A week or so ago I mentioned I had purchased a wedge pillow to see if it would help with my ongoing sinus issues that seem to always plague me at night. The pillow I’ve been sleeping on is super low, which I like, but I was concerned that it was contributing to my sinus problem since my head it at such a flat level while I sleep.

I’ve been fighting sinus issues for years. I am beginning to suspect that part of my problem is due to a food intolerance…maybe wheat. I noticed recently when I ate a few water crackers late at night about 30 minutes before going to bed, my nose immediately blocked up afterward. I was fine before I ate the crackers and totally blocked up and unable to breathe through my nose afterward.

That reminded me that the best my sinuses have ever been was in my early 40s when I decided to cut out all bread-type foods from my diet in an effort to lose a few pounds. During the time I was doing that, my sinuses were the best they had ever been. I remember it was springtime and everyone around me at work was miserable with allergy issues due to the high pollen count at that time, and for the first time ever, I had no allergy issues at all. So I’m beginning to think my sinus issues may be triggered by a  food or additive intolerance. I searched online to see if that was a thing the other night and found a lot of info online backing that up. Apparently, certain foods can bigtime trigger sinus issues for some people. I probably need to cut wheat and dairy out of my diet for a while and see if that helps. They recommend eliminating only one food at a time so you can pinpoint more clearly if that’s the issue.

Anyway, back to the wedge pillows. This was the first wedge pillow that I ordered. Fortunately, returns were free and I did end up having to return it for two reasons. The first reason is that it was too narrow. I sleep on my back, always have my whole life or at least as far back as I can remember. When laying on my back, my arms kept falling off the sides. If you’re a back sleeper and decide to try a wedge pillow, I definitely recommend ordering an extra-large size because (as I found out) your typical wedge pillow isn’t wide enough to support your arms. 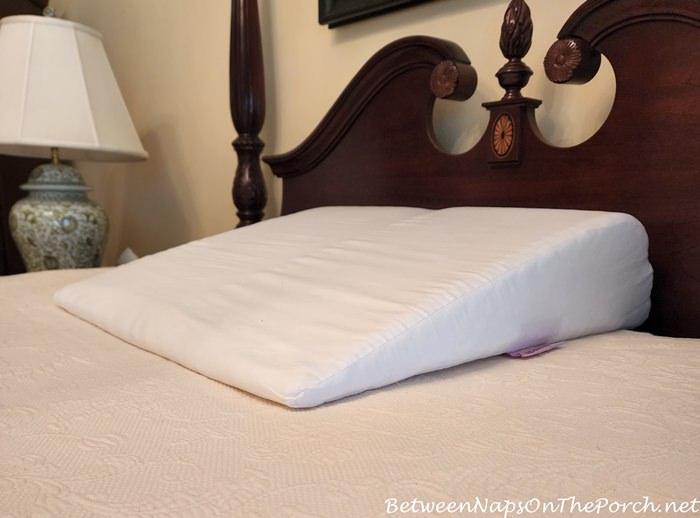 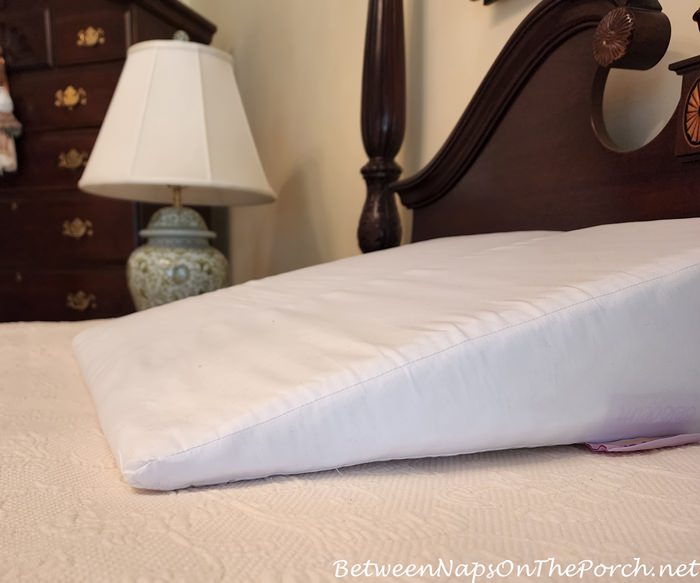 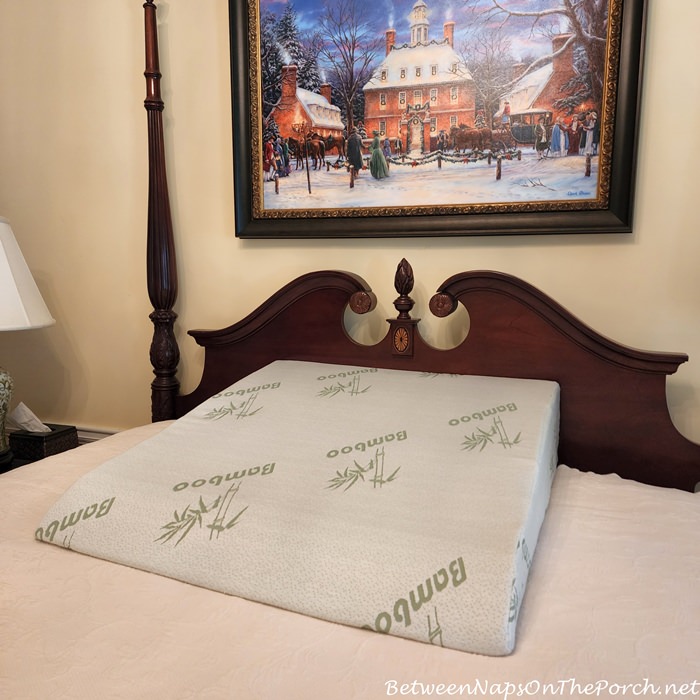 There were several things I liked about this wedge pillow. Because of how it’s curved/designed at the lower end, it offered good support for the small of my back. Also, it was wide enough that there was plenty of room to rest my arms on either side. But it had two issues that were a big problem, and one of those was bad enough that I ended up returning it after trying it for just one night. 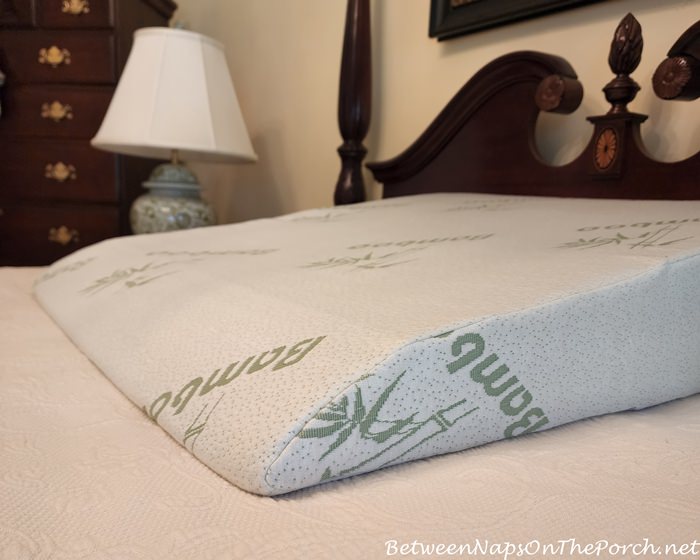 The two problems I experienced with this wedge pillow was when laying in the center of it, it’s sort of sunk down in the center offering no support for the center of my back. It felt almost like there was a trough going vertically all the way down the center from the top to the bottom of the pillow. It just sunk down underneath my back which didn’t feel supportive at all.

Because it’s sunk downward in the middle, or at least that’s how it felt when I laying on it, my arms rose upward on either side of my body which felt uncomfortable. It was a bit like sleeping in a hole. The lack of support was subtle but enough that it felt uncomfortable, and when I awoke in the morning, I had a backache due to the lack of support. If this wedge pillow had been nice and firm, I think it would have been perfect.

So next I decided to order this set of pillows since you can adjust the height depending on how many pillows you place inside the pillowcase. I was a bit reluctant to try this set because they are feather pillows. In the past, I have not liked sleeping on a feather pillow because they have a tendency to rise upward on either side of your face when laying on them. I can’t stand that! But I decided to give these a try due to the good reviews. 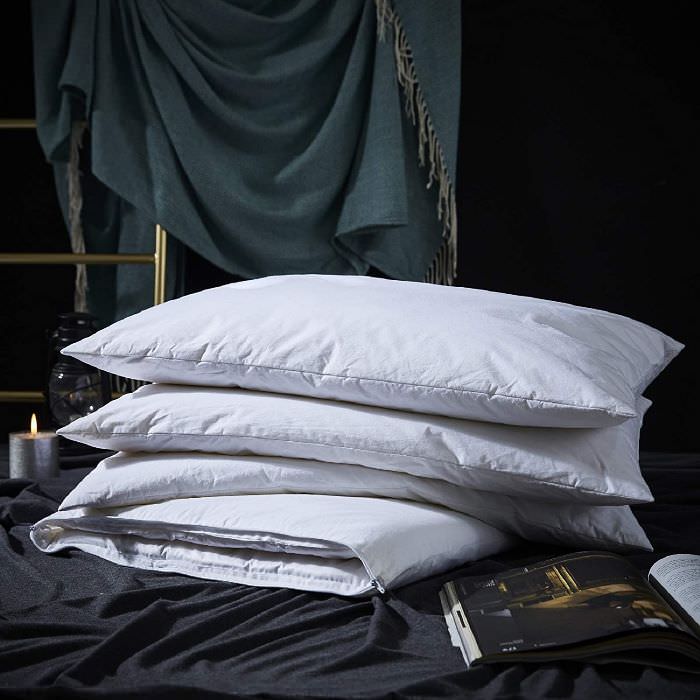 I ended up finding the best arrangement for me was using two of the three pillows inside the pillowcase. They do somewhat rise up on either side of your face when you’re laying on them, but it was the best alternative of the choices I have tried. In the past, my favorite pillow was just a cheap, poly-filled, Dollar Store pillow. With those, I can usually push the polyfill around to support my neck and adjust the pillow the way I want it, but the issue with those is they only last about 6 months before they need to be replaced. The last time I went back to the two Dollar Stores in my area, all the pillows they had were tall and overstuffed. So they no longer had the nice flat pillows that I’ve purchased before. I should probably check back again since it’s been a while since I stopped in.

I’ve tried the pillows containing chipped-up foam pieces, but I haven’t had success with those either. The pieces always feel too big and I can never get them adjusted to my liking. I’ve tried two different types. So I’m trying to work with this set and I won’t be returning them either way. But I am going to continue to keep my eye out for something better. If you like the look of these and like the idea of being able to adjust the height, you can check out the reviews for these here: 3 Queen Size Pillows, Adjustable. 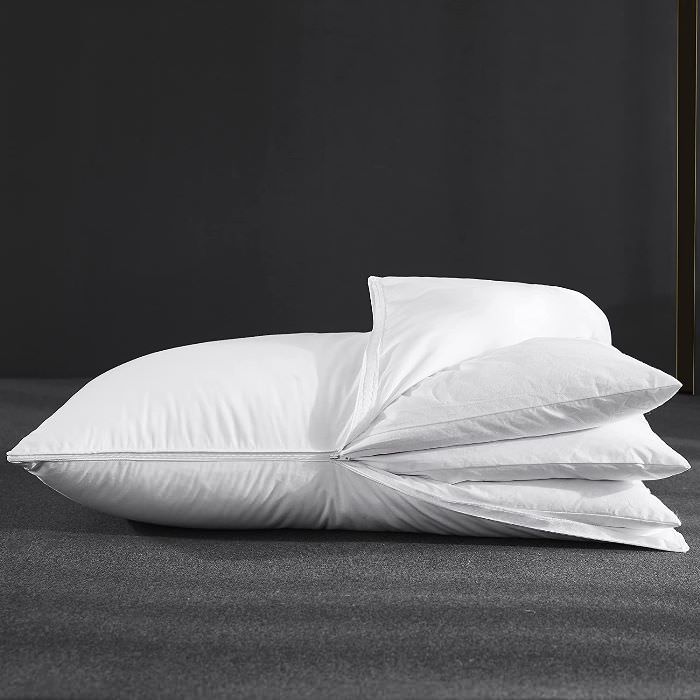 Just wanted to follow up with the update on the Wedge pillows, in case it was helpful. What style of pillow is your favorite? Would love to hear what works for you! Also, if you’ve had sinuses issues and you discovered they were food-related, please share what foods you found were the trigger. I’m determined to get to the bottom of my ongoing sinus problems since they def interfere with me getting a good night’s rest.