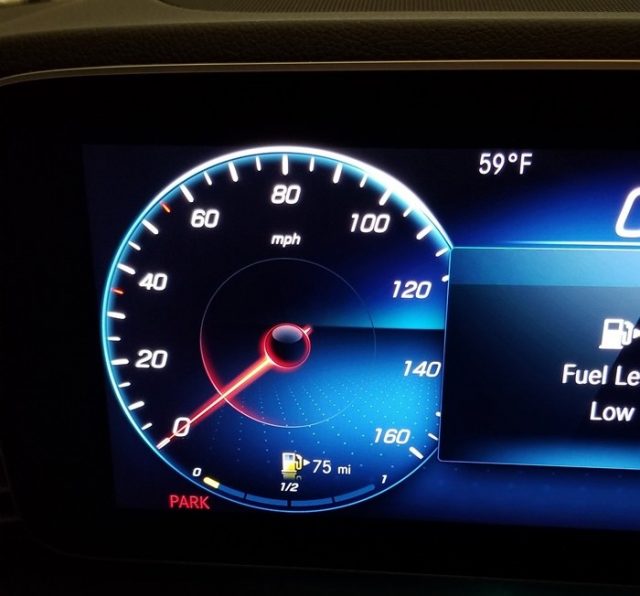 A few weeks ago, I took my first trip to Ohio to see my son, DIL, and grandchildren since selling my 14-year-old SUV to purchase a new one. It was my first road trip in the new car and I was looking forward to it for many reasons. Obviously, I couldn’t wait to see family, but for once I didn’t have to load up my glove box with multiple, freshly-charged blue-tooth speakers to last me during the 9-hour drive listening to Audible. The speakers, though super convenient, had the annoying tendency to go flying across the dash when turning corners. Ha! Oh, the joys of having a car that will actually connect to a phone!

Whenever I head to Ohio, my son occasionally calls during the trip to check on my progress. Fortunately the Bluetooth speakers I used to use would let me take calls via the speaker. Our calls would often go something like this:

Son: Where are you now?

Me: Ummm, not sure. I think I’m somewhere in Tennessee. Hold on a sec, there’s a sign coming up. Okay, it says I’m passing Caryville. Do you know where that is?

Me: Yeah, me neither.

Son: What time does your GPS show you’ll arrive?

Me: It doesn’t show that…just shows the number of miles I have left and how much driving time is left.

Son: What? Why doesn’t it show the time you’ll arrive?

Me: I don’t know, it just doesn’t, but I will be there in X hours and X minutes, so you can do the math to figure it out. Photo taken on another trip north

On my recent trip, I discovered my newer GPS actually does show the arrival time, no time-math calculations needed. Just as I was nearing the end of my trip with only an hour or so to go, my son called to check on my progress.

Son: I’m in Cincinnatti, had to pick something up here, but I’m headed back home. Where are you now?

Me: I’m driving through Cincinnati.

Son: Really? Well, I’m getting on the interstate right now, so you may beat me home.

Me: Really? What entrance are you getting on? I’m coming up on an entrance called, Hopper Street. (May be remembering that name wrong.)

Son: That’s the entrance where I’m getting on!

Me: Do you see a white SUV over in the far left lane?

Son: Look behind you!

Ha! There he was, right behind me!

Me: I just drove almost 9 hours and you just happen to be getting onto the interstate at the very moment I happen to be driving by that entrance?! That is crazy!

Life is so Weird!

Shortly after we arrived, my son asked if I wanted to go shopping with him. He needed to run out and look for baseball uniforms/gear for my two grandsons who were starting baseball the following week. We took my SUV since he had never seen it. I let him drive–was happy to turn over the wheel after driving all day.

Amazingly, I had never had to stop to buy gas on the way! My old SUV would always make it 3/4ths of the way–even starting out with a full tank, I always had to stop and refill, both coming and going.

I was amazed to find my current SUV can make it all the way without stopping even once for gas! When I fill it up here at home, I think it always shows I can go around 513 miles, but since virtually all my driving to my son’s home in Ohio is via interstate, it was still showing around 75 miles left beside the little gas pump picture on the dash. En route to the shopping center, my son took a backroad that he loves to drive that has some interesting curves, giving me a mild heart attack along the way!

Son: Just seeing how it handles on curves.

Me: (Joking) I’m never letting you drive my car again!

We shopped in several stores, gathered all the baseball supplies, and eventually ended up at a restaurant for dinner. During our excursion, I kept reminding him we needed to stop someplace for gas. He was hungry and didn’t want to stop and kept pointing out how many miles we had left in the tank.

On the way to the restaurant, I mentioned it again. I’m never one to let my tank get really low. I remember once hearing a radio host say it’s not good to run your gas down extremely low because there could be sediment in the tank and it’s not good to suck that stuff up into the engine. Not sure my SUV is old enough to have any sediment at this point–but still!

My son spotted a gas station and pulled in. I had never let my gas tank get this low, it was probably down to around 2 gallons based on the mileage that was showing on the dash that the car could still be driven.

Gas was around fifty cents more per gallon for Premium than it had been back home and I watched the numbers fly by on the gas pump. Finally, the pump stopped with a hard thump! I looked up and couldn’t believe it–it had stopped dead on $100.

My son and I both looked at each other. What?! My son asked if I had put in to not let it go over $100. I shook my head, Nope! I never do that, I always just fill it up. We both just stood there for a second, staring at the pump, trying to figure it out. Did my Amex card decide something nefarious was going on since I’d never spent that on gas before? That didn’t make sense because I use it all the time for all kinds of things when I’m in Ohio.

Then my son said, “What are the chances?” to which I replied, “That’s the second time you’ve said that today! What is going on–maybe we are supposed to go play the lottery now or something!”

It was such an eery feeling that day, all the weird coincidences that kept happening! I wanted to share these two stories with you because I was wondering, have you ever had a day when crazy coincidences just kept happening throughout the day? Honestly, it felt like the universe was sending me/us some kind of message! What that message was, neither of us was ever able to figure out.

Please share your crazy coincidences! I still can’t get that day out of my head and would love to hear your stories and theories!